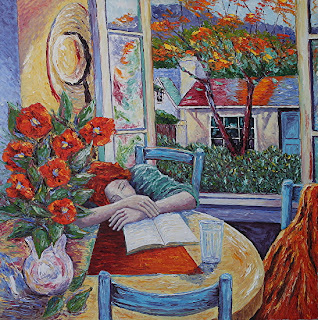 George Kiapos is a Los Angeles native who began oil painting at the age of six. Exploring art as a passion, he eventually became trained in architecture. Initially pursuing a professional career in design and building, George decided to take a leap of faith and move to the South of France to chase his life long passion for painting. He and his (then French wife) decided to open their own boutique gallery in the artist village of St. Paul de Vence. 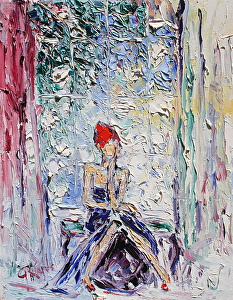 Living and painting in France changed my life. To experience how things look so very different from the standpoint of light and shadow made me understand why so many masterpieces were created in this region of the world. There is a crispness in color and an overall sense of great clarity. This difference, to me, was as blatant as putting on a diving mask and witnessing being under water as a crystal clear universe. Provence and Cotes d'Azur are among the most fascinating environments from which oil painting attracts inspiration. The rich landscapes are nourished by countless rivers. The architecture dates back centuries, and beyond. The old villages and marketplaces abound in color and character. The old world nature of how things function clings to a sense of tradition and practicality. I can recall, on many occasions, feeling the energy of the artisans who had originally laid the stone walls in our village of St. Paul de Vence -- centuries earlier. Having embraced all of this, I absorbed a whole new spirit and perspective on how to approach my work. It has now become embued in my soul, and I often crave returning back some day. 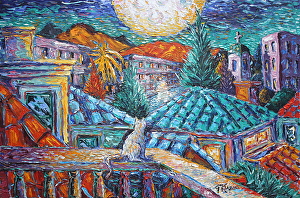 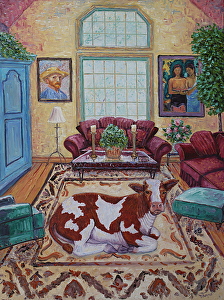 Having recently returned to Los Angeles, George has cultivated commission work, as well as having created a foothold with domestic interest. In addition, George has recently completed authoring his first book based on his unconventional life. Among his interests are fine woodworking, furniture making & design, and lutherie (acoustic guitar making). George often crafts his own painting frames by hand and applies painstaking layers of hand rubbed finish. He is also a songwriter/musician who has had original recordings playing in movie sound tracks.