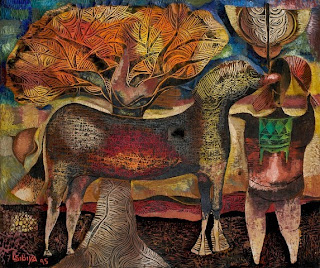 Internationally renown African Artist - the late Lucky Madhlo Sibiya (1942-1999). Born in Vryheid in Natal. His art was influenced by his upbringing as the son of a medicine man. He attended the St. Peter's Seminary where he studied for seven years. At a young age, he received private tutorage by the artist Cecil Skotnes. Skotnes introduced Lucky to the art of wood panel and the coloured woodcut.

Lucky Sibiya worked in a wide range of materials and he is world renowned for his abstract paintings and sculptural carvings. His art is Ndebele and traditional Africa in design. Central to his art is the human figure and his works often include African warriors, animals, birds, fish and cattle.

Many artists were and continue to be inspired by his work. He was a collector of art and shared his creative style through informal teaching. 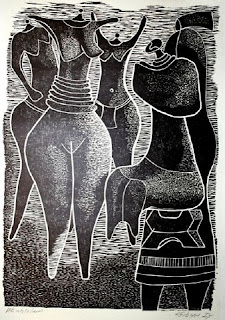 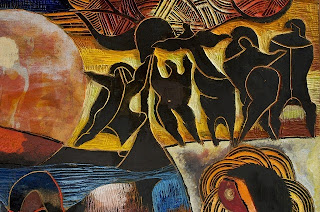 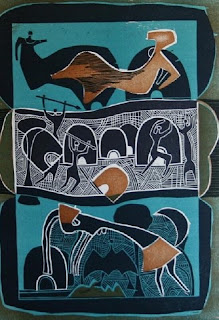 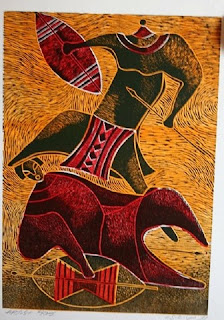