Cutting and Pasting the News

Every single day for the last five years—that’s 1,825 consecutive days, and counting—artist Peter Jacobs has rolled out of bed, usually in his Montclair home, sat down at the kitchen table in his pajamas, poured a cup of coffee, and proceeded to flip through the day’s New York Times with an X-Acto knife in hand. Usually by 9:30 am, he has produced a collage that doesn’t so much comment on the day’s news as put its imagery (both recognizable and abstract) into an illuminating new context. 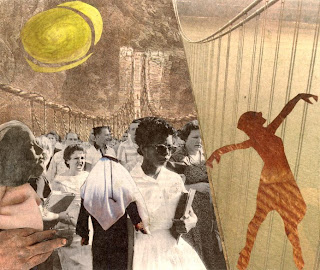 When Jacobs sat down to the newspaper on the morning of March 31, 2005, he had no thought of beginning a Ripkenesque streak. “I had just finished two big photography projects,” he recalls. “I had been doing collage since I was 9—it’s my most natural way of seeing—but it was off my radar, and I wanted to get back to it. There was a lot of political stuff happening where I felt I needed to have a rebuttal, some dialogue with the newspaper to redefine the visual narrative and test myself intellectually and emotionally.” 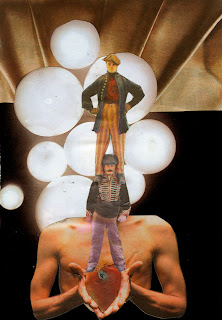 After five years, Jacobs, 49, has more than 150 of the twelve-page Strathmore watercolor books on which he builds his collages. (He has gone through at least 30 cutting boards, 215 X-Acto blades, and 144 glue sticks.) He scans the collages, prints them at various sizes and on different materials, including silk banners and rice paper, and has archived the first five years at thecollagejournal.com. Last November he began posting each morning’s work on his Facebook page and on his blog (thecollagejournal.blogspot.com). If you’d like to receive the day’s collage via e-mail, send a request to peter@thecollagejournal.com.

In a solo show, “The Collage Journal: Works From the Fifth Year,” at Gallery MacEgan (12 Community Place, Morristown), Jacobs will show at least 144 collages from year five plus a number of large-scale prints. The show runs from April 13 through May 2, with an opening reception April 16, from 7 to 9 pm. 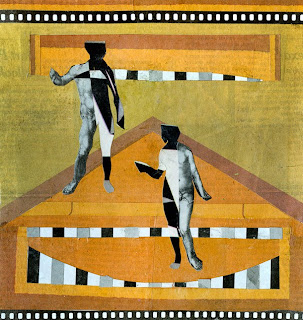 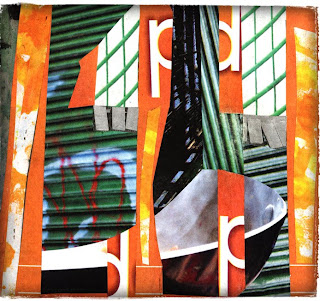 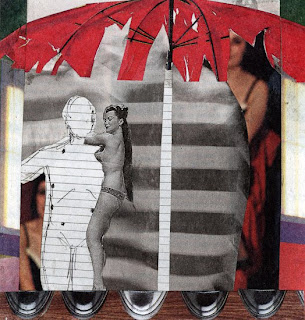 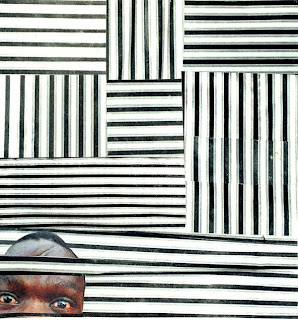 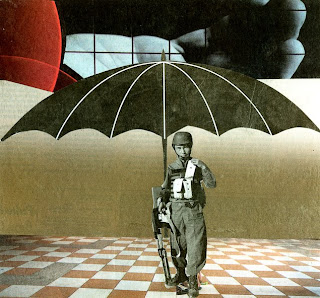 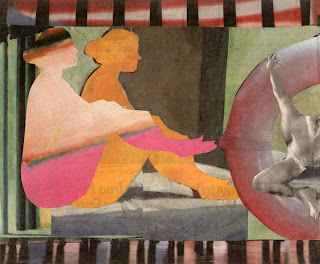 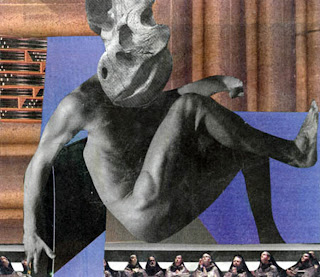 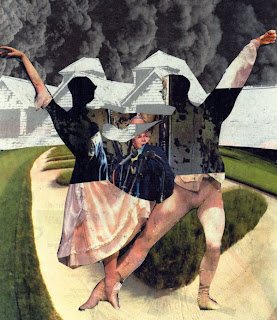