Born in Los Angeles, California, Peggy Ferris studied art and English at UC Santa Barbara, where she graduated in 1975.

In 1977, she ventured off to Holland where she lived for two years, learned the language and attended the Royal Academy of Art. She apprenticed as a graphic designer with a firm in The Hague and became involved in the local arts scene. She developed a hard-edge painting style using gouache on paper and studied the art of English artist Richard Smith who was her early inspiration and who showed frequently in Holland during those years. In addition she regularly entered sculpture designs into city-sponsored competitions for art for public places. 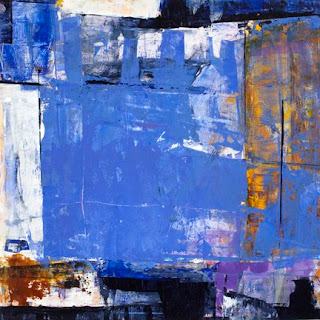 By 1979 she had returned to the US and enrolled in Art Center College of Design. She received a BFA with honors in 1982 in graphic design/ packaging. Upon graduation she received the prestigious Dale Brubaker award, based on design portfolio and presented to one student in the graduating class from international design firm Landor Associates.

In 1983, she moved to Santa Barbara and started her freelance graphic design firm Peggy Ferris Design, in continuous operation since its inception. 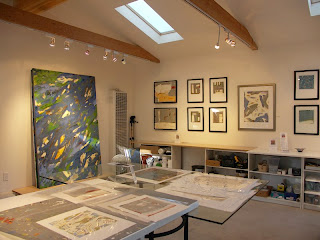 Having rediscovered her interests in abstract art, she began phasing out her design work to paint full time. She currently works in both hard-edge and gestural mixed-media styles.