Pamela maintains a studio in Carpinteria, California where she paints in oil on canvas, as well as drawing extensively in charcoal, with a focus on figurative work. Whether it is the characters that inhabit her life, or the seascape, mountains and village where she lives, she approaches the work with characteristic robust energy dense with emotional richness. 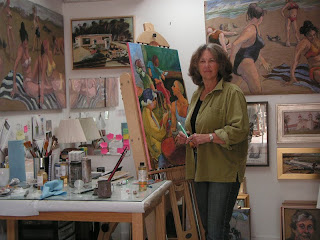 Described as free-spirited, intuitive and expressive, her work is inspired by lyrical rhythms and patterns and the time and place she inhabits. She has exhibited extensively on both coasts, and has shown in juried exhibitions in Northern and Southern California, Massachusetts, Washington DC, Arizona, Illinois and New Jersey galleries. 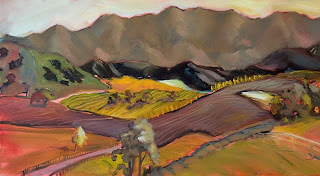 Born in Concord, Massachusetts, Enticknap attended Massachusetts College of Art and obtained a BA with high honors from Rutgers University in 1978. As owner and Creative Director of Rivermead Studio from 1978 to 1995 she was the recipient of numerous national and regional awards for design and illustration. Upon arriving in California in 1998, she returned exclusively to fine arts. 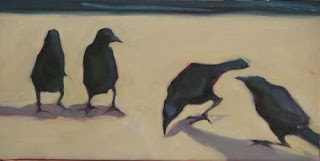